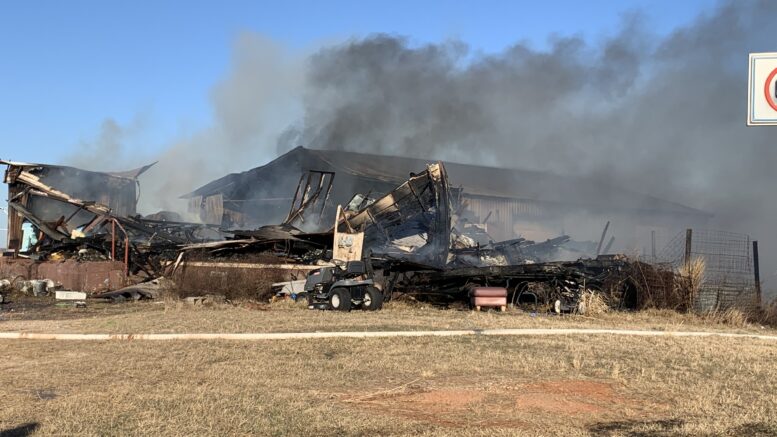 Firefighters from several departments were called out for a fire that resulted in two structures and two vehicles over taken by flames.

Just after 2:30 p.m. on Monday, fire crews were called out to 6340 N. Hiwassee Road which is between Old Highway 33 and New Highway 33. Formerly known as the old Coyle Co-Op.

Dark, black smoke could be seen miles away as it crossed heavily over the old highway.

The fire appears to have started at the home and expanded to a large metal barn, a RV and a vehicle along with a grass fire around the property and across the highway and into an open field.

Firefighters were dependent of tankers supplying water until plugging into a fire hydrant across Highway 33. In which, forced traffic to be stopped in both directions.

The cause of the fire remains under investigation.

Be the first to comment on "Video: Structures, vehicles and grass erupt in fire"