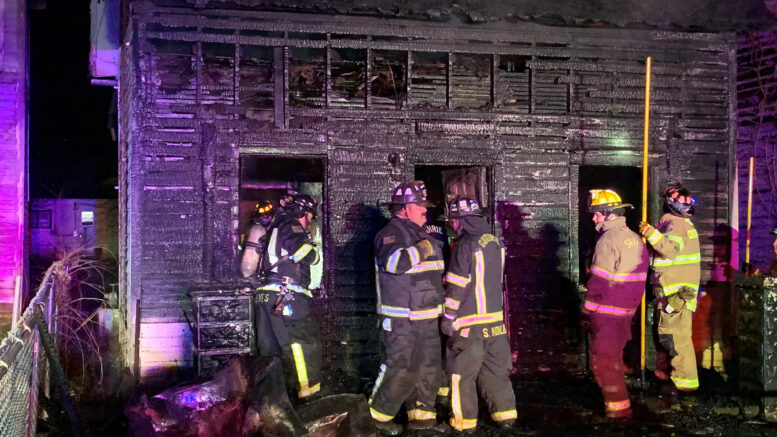 Just after 10:30 p.m., crews were called out to a working structure fire in the 400 block of E. Vilas. Upon arrival, the front of the home was fully-involved.

Guthrie firefighters got a quick knock down of the fire. However, the structure was heavily damaged.

One person was reportedly helped out of the home by a firefighter.

The Guthrie Fire Department and Guthrie Police Department continue to investigate exactly what caused the blaze.

Assisting with Guthrie was Oak Cliff, Crescent and Sooner fire departments along with the Logan County Sheriff’s Office.

Be the first to comment on "Watch: Flames, smoke heavily damage home"