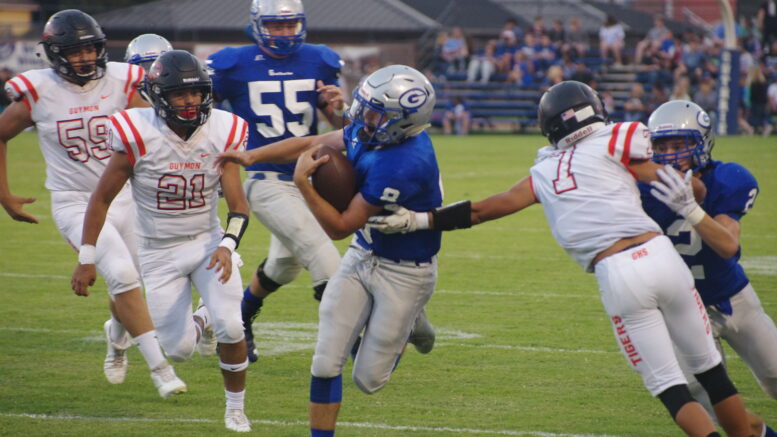 The Bluejay football team is hoping Guymon is the magic trick to end a losing skid as it was for the Lady Jays softball team earlier this week.

The softball team snapped their 13-game losing streak with two wins over Guymon on Tuesday.

The Tigers, on the gridiron, are 0-4 with losses to Western Heights, Liberal, Kansas, Stratford, Texas and Carl Albert. In those four games, Guymon has been outscored 230-13.

Guymon has finished 1-9 in the past three seasons and have only won three or more games only once in the last 12 years. In 2015, Guymon finished 4-6.

The Tigers are leaning on inexperience this year after losing a big group of seniors from a year ago.

Friday night’s game will be the 14th meeting between the two schools. The first meeting was in 1976. The Bluejays have won 11 of the 13 meetings, including eight in a row dating back to 2012.

Be the first to comment on "Watch: Guthrie Football at Guymon"