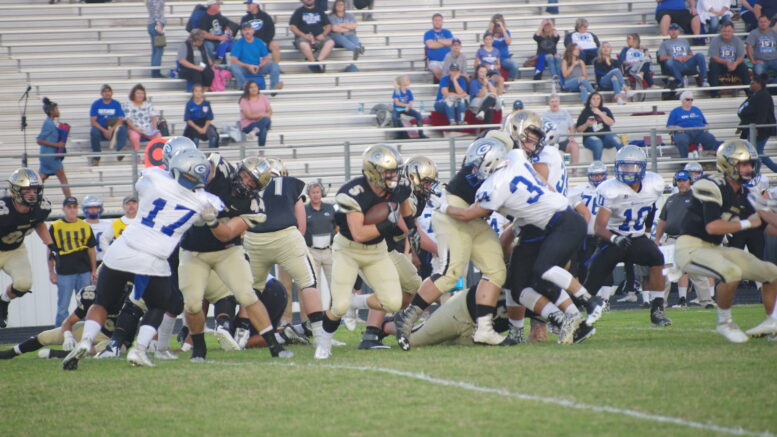 The Guthrie Bluejays and Woodward Boomers meet for the 31st time with the Bluejays winning 16 of the 30 previous meetings, including the last 9 meetings dating back to 2000.

The Boomers are 2-3 overall after going 1-2 in non-district play. In week one they dropped their game on the road in Clinton 49-14 before coming home and taking down Elk City 28-20 for the first win of the year. Woodward dropped their final non-district game at Weatherford 27-0.

Woodward started district play with a home win over Lawton Eisenhower, 40-20. In that game, the Boomers were able to pile up 320 yards on offense. Drake Parker added 159 yards rushing as quarterback Parker Pruett added 67 yards.

Last week, the yards were tougher to come as expected as the Boomers hosted McGuinness. The Irish jumped out to a 28-0 first quarter lead and led at halftime 42-6.

Be the first to comment on "Watch Live: Guthrie Football host Woodward"