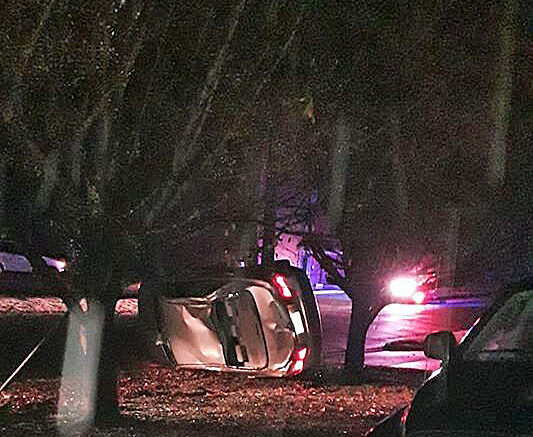 Many Guthrie residents lost power in the overnight hours on Friday after a 14-year-old went on a joy ride.

Guthrie emergency crews responded to the intersection of Ash and Warner at 1:34 a.m. for a vehicle that had crashed into a power pole.

Upon arrival, police officers found a vehicle on its side and a power line on the ground.

Several OG&E residents throughout the east part of town were without power for three to four hours until the power company could restore the power.

Inside the vehicle was an unlicensed driver. The male child had taken his father’s vehicle for a Thanksgiving joy ride.

Luckily, there were no injuries reported at the scene.

Be the first to comment on "14-year-old wrecks into pole; residents go without power"