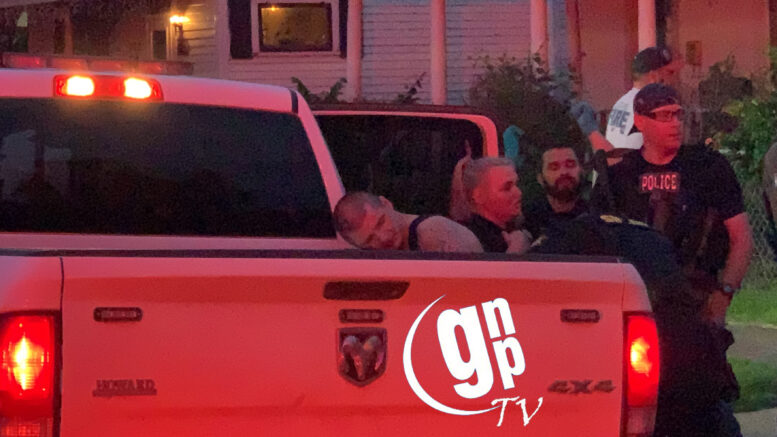 Updated at 11:22 p.m. on Monday, June 7, 2021 — Cody Stage and Maranda Dunn were booked into the Logan County Jail late Sunday evening. Here are their book in photos.

Updated at 10:53 p.m. on Sunday, June 6, 2021 — The female arrested for harboring a fugitive and possession of CDS has been identified as Maranda Dunn.

Updated at 10:22 p.m. on Sunday, June 6, 2021 — The man arrested in Guthrie on Sunday evening, following a standoff with police, was wanted for a murder case in Wichita Falls, Texas.

The original article is below the photo of Cody Ryan Stage.

Stage, who has a lengthy arrest record, was in jail on charges of capital murder and burglary of a building. However, in February, after posting a $1 million bond in Texas, he was able to cut off his ankle monitor and escape.

After his initial arrest, Stage told police he and an accomplice decided to rob Best instead of selling him a motorcycle.

Stage said he only set it up and drove the car.

A female was also arrested in Guthrie for harboring a fugitive and possession of a controlled dangerous substance.

After a two hour standoff, a murder suspect was taken into custody on Guthrie’s east side on Sunday evening.

Members of the Special Response Team (SRT), compromised of officers with the Guthrie Police Department and Logan County Sheriff’s Office, setup a perimeter around 411 E. Harrison Ave. at around 7 p.m. A short time later, the Oklahoma Highway Patrol’s tactical team and the U.S. Marshals joined to assist.

Inside the home was a male and female. The male is a suspect in an out-of-state murder case.

Guthrie News Page has learned the male may have been hiding with a local female.

A search warrant of the home for additional details wrapped up just before 10 p.m.

Officers said at times they could see the male with a weapon inside the home.

No other details were available at the scene, but Guthrie New Page will continue to update this story as more details become available.

Be the first to comment on "Video: Murder suspect taken into custody"