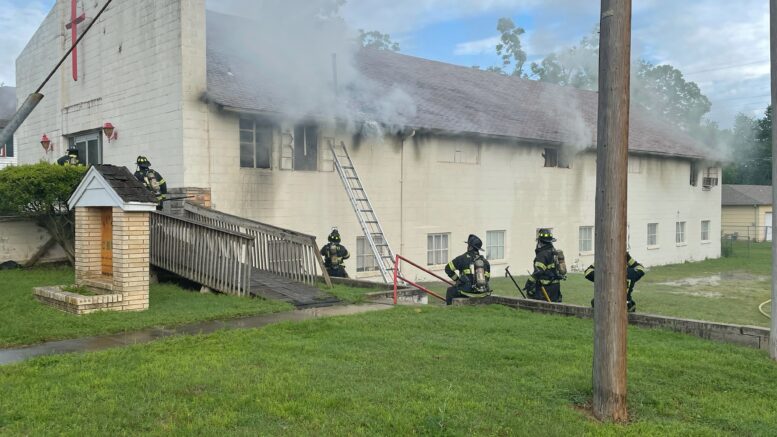 A Guthrie church was likely destroyed on Saturday evening after flames and smoke filled the building.

Just after 5 p.m., the Guthrie Fire Department arrived to New Life Church, located at 1001 E. Harrison (south of the Masonic Temple), with smoke coming from below the roof line.

Fire crews made entry initially, but were forced back out after a few minutes due to the intense heat.

After leaving the building, the fire grew intensely and spread throughout the church.

The heat from the building was strong enough to bow out one of the church’s exterior walls.

The cause of the fire has been determined electrical.

Guthrie was aided in the fire attack by Oak Cliff, Sooner and Coyle.

Be the first to comment on "Video: Fire, smoke fills up local church; likely destroyed"