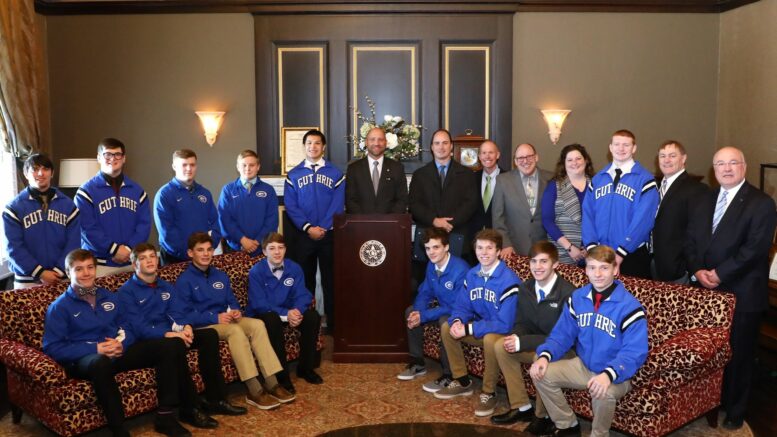 The Bluejays, led by head coach Justin Stevens, were named the 2018-19 academic state champions in Class 5A.

The team finished with a grade point average of 3.63.

The Bluejacket basketball team was introduced in the House by Rep. John Talley and the Senate by Senator Hall.

“Super proud of this group of great athletes that also excel in the classroom,” said head coach Josh Sumrall, who also serves as the school district’s superintendent.