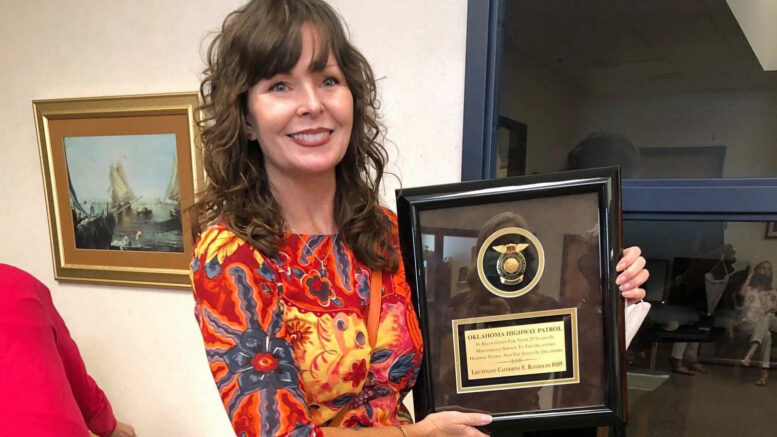 Lieutenant Betsy Randolph is calling it a career with the Department of Safety (DPS) and Oklahoma Highway Patrol after 25 years.

“I’ve been blessed to work all these years in the profession God called me to,” the Guthrie native said in a social media post.

Randolph, who is also a published author, began her career in July with the DPS in 1995 and was the first female promoted to Sergeant in 1998 — where she supervised the evening shift at the Governor’s Mansion and later around the Capitol complex.

In 2004, she transitioned to the Oklahoma Highway Patrol. First assigned to Troop A – Metro in 2005 then the Logan County Detachment in 2006.

Randolph also served three separate assignments as a public information officer/spokeswoman with the Public Information Office before taking a promotion to Lieutenant in 2013, which she was just the fourth female to earn the Lieutenant position.

She returned to Troop A – Metro in 2018, supervising the hoot shift.

Over the years, she’s taught computer classes, basic instructor development, and law enforcement driving training. She was a counselor in the 61st Highway Patrol academy and the videographer for the 65th Academy.

1 Comment on "Betsy Randolph retires after 25 years with DPS"