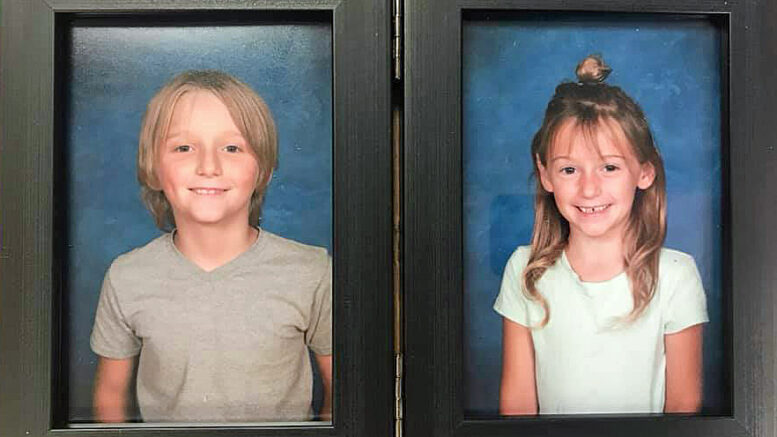 Law enforcement officers throughout Oklahoma and Illinois are searching for two children. A judge issued the father to turn them over to grandparents, but now have gone missing.

“(We) believe that Jaxson and Josie Townsend are in possible harm and that they are being hidden from us,” Joy Newton, the grandmother, said in a Facebook post.

The father of the children, Gary Daniel Townsend, was informed in a Dec. 17 court hearing to turn the children over to their grandparents on Dec. 20.

However, the children were never turned over to the grandparents, and have not been seen, including at school in Pauls Valley.

The children were placed to the custody of the grandparents by an emergency court order on Jan. 13.

The children may have spent some time in Chicago since their disappearance. Police officials in Illinois have been made aware of the situation.

If you have any information, you’re encouraged to call the Guthrie Police Department at 405-282-3535.

11 Comments on "Children missing; believed to be with father"