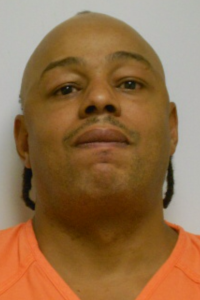 The Oklahoma Pardon and Parole Board have recommended commuting the sentence of Larry Lawton from life without parole to twenty years imprisonment.

Lawton was convicted by a Logan County jury in 2012 of trafficking crack cocaine, possessing drugs with intent to distribute, acquiring proceeds from drug activity and possession of drugs without a tax stamp.

Guthrie News Page followed the jury trial inside the courtroom in 2012. Related article: Lawton receives life in prison; combative toward attorney in courtroom

On the one-year anniversary of Governor Kevin Stitt’s inauguration, Gov. Stitt announced he signed 62 commutations, 93 pardons and 23 paroles, bringing the total signed during his first year to 774 commutations, 290 pardons and 101 paroles.

District Attorney Laura Austin Thomas appeared to personally object to this proposed action. She argued such a measure would subvert the “will of the people” of Logan County who heard the evidence in the case.

Austin Thomas noted the convictions had been reviewed on appeal and affirmed by the Oklahoma Court of Criminal Appeals.  Austin Thomas advised the panel that Lawton had never accepted responsibility for his actions and, in fact, when the verdict was rendered he attacked his own attorney in the open court and threw an object at the prosecution table narrowly missing the Assistant District Attorney and the detective. It took five deputies and a taser for them to get the defendant under control and removed from the courtroom.

The Parole Board’s action reducing the sentence to twenty years would make Lawton eligible for parole in April of this year. At that time he would have served eight years. A 20 year sentence becomes not more than eight to actually serve, if DOC doesn’t issue an ankle monitor, let him out in the community and still claim he is incarcerated.

Austin Thomas said she encouraged the Board to honor the will of the people of Logan County, but if they felt any modification was necessary, it should be life imprisonment with the possibility of parole which is a valid sentence even after recent criminal justice reform efforts, particularly as this was his third trafficking conviction.

Additionally, although the weight of crack cocaine necessary to equal the trafficking threshold has been raised, Lawton possessed 39.7 grams, an amount well in excess of the current threshold.

“This man’s behavior in and out of the courtroom has shown contempt for the judge, the community and its laws. That is not fixable behavior. Even the presentence report prepared for the trial judge before the sentence was formalized stated, “These offenses appear to be indicative of a persistent pattern of criminal behavior and he will endanger the safety and lives of others.”

Austin Thomas said she argued that to commute the sentence was to reward a person who hadn’t even admitted their wrongdoing.

“It’s called positive reinforcement of negative behavior. The commutation is a slap in the face and disrespectful to the citizens of Guthrie who alerted the police to the blatant criminal activity happening in front of them, to law enforcement who worked so hard to remove this trafficker from the community, to the judge and jury who actually heard the evidence and made decisions, to the Court of Criminal Appeals who heard his appeal and found nothing improper in the trial proceedings and the verdicts, and to our case agents, Assistant District Attorneys and defense attorneys who were threatened and assaulted by this defendant in open court.”

Austin Thomas said she was troubled that an unelected Board could have so much influence as to invalidate the “will of the people”, including judges, courts and community standards.

She urged citizens to question reformers who argue the will of the people is to be lenient on all drug crimes.

“My people, the people I represent in Logan County, made their will heard with their verdict. It is unfortunate that no one seems to be listening to my people but instead spouting off political sound bites that “the will of the people is to not incarcerate.”

Austin Thomas said that every week a citizen asks why this is happening and when she tells them it’s because of the passage of 780 and now the encouragement to pass 805, without fail they are angry and say that is not what they thought 780 would do.

“It’s time for us to step up and let those who are releasing career criminals out of prison to commit more crimes that they are ignoring our will.”