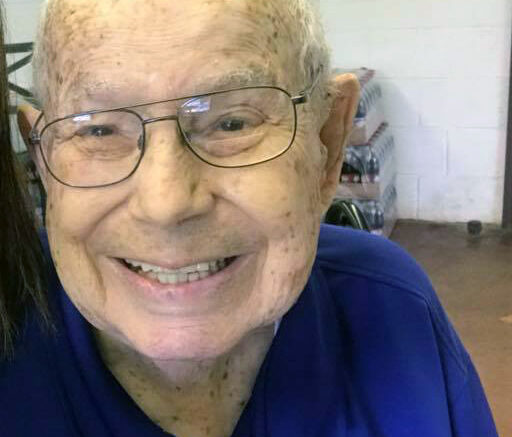 Guthrie icon and civic leader Kenneth Mitchell, Jr. passed away on Wednesday. He was 93.

Mitchell was a 1945 Guthrie High School graduate and a three-year letterman in both baseball and basketball. Despite the Jays not having a coach or uniforms, they still went on to be state runner-ups.

Mitchell owned Jelsma Abstract in Guthrie and was highly involved in sports through Lions Club and the American Legion for over 40 years. Mitchell took groups of men and boys to Major League Baseball games in Kansas City, St. Louis, Houston and Arlington.

He was elected into the Guthrie High School Athletic Hall of Fame in 2016.

The Guthrie Bluejays and Oklahoma State Cowboys were his teams. Mitchell attended every home Cowboy football game from 1946 to 2015.

Mitchell served on several boards and committees, including city council, school board, United Way and YMCA to name a few.

Known for many great gestures, Mitchell often gathered and delivered shoes every Christmas to residents of the Oklahoma Lions Boys Ranch and the Gore Boys Ranch.

In 2001, he was honored by the City of Guthrie as they named a city park on the south side of Guthrie Lake in his name (Mitchell Park). He developed the four acres of land and donated it to the city.

Known as the original ’89er “Pioneer Boy,” Mitchell assumed the role and was the first “Pioneer Boy” to ride in the ‘89er Parade. Of course, Mitchell would later serve in various roles for the ’89er Committee. 2012 related article: The Original ‘89er Parade “Pioneer Boy”

Funeral services are under the direction of Smith-Gallo Funeral Home. A graveside service – with military honors – will be held on Monday at Summit View Cemetery with family and invited friends.

Memorial donations may be made in Mitchell’s name to either the United Way of Logan County or to the Guthrie YMCA.

Be the first to comment on "Civic leader, icon Kenneth Mitchell dies at 93"