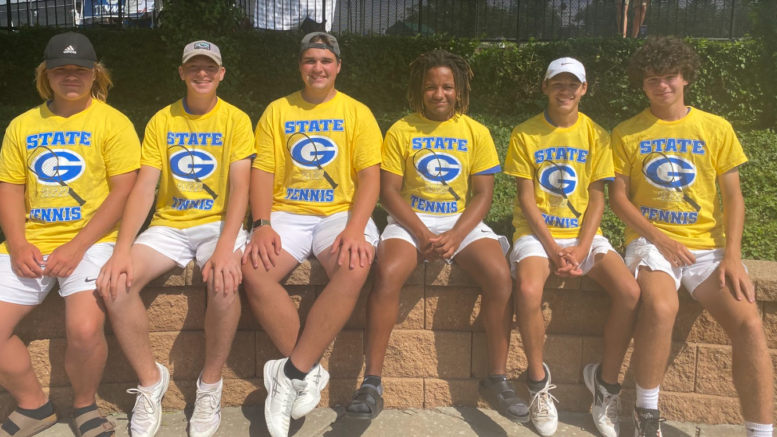 In just his second year of playing tennis, Guthrie High School freshmen Zale Coleman-Hill not only qualified for the 2022 State Tennis Tournament, but advanced to the second day.

Playing at No. 1 singles, Coleman dropped his first match to his Classen SAS opponent, but rallied in his next match to defeat his Lawton MacArthur opponent. In his final match, Coleman was defeated by Crossings Christian.

In No. 2 singles, Lane Goode also advanced to day two of the tournament with a win over Midwest City.

Both doubles teams for the Jays also qualified for the state tournament.

The No. 1 doubles team Aycen Cortez and Miles Gregoire dropped their matches to Claremore and Grove.

The No. 2 doubles team comprising of Joe Matthews and Ethan Bennett went down to their opponents from Ada and Lawton Eisenhower.

Be the first to comment on "Coleman, Goode advanced to day two of State Tennis Tournament"