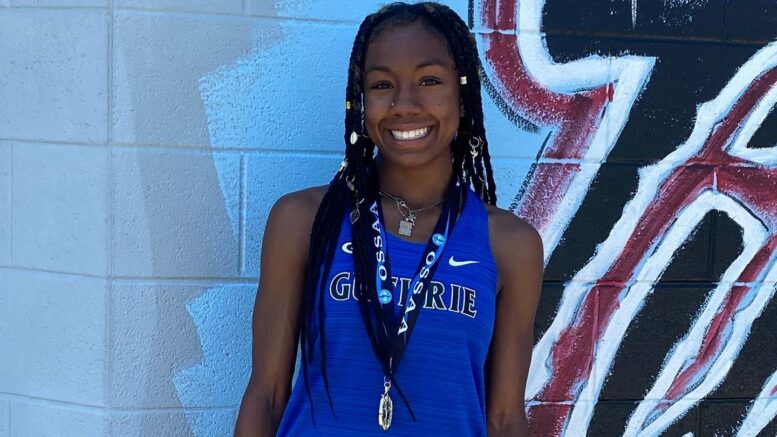 Anjewl Murillo claimed a state championship at the 2022 Class 5A State Track Meet.

Guthrie High School junior Anjewl Murillo claimed a state championship at the Class 5A State Track Meet over the weekend in Ardmore.

Murillo cleared the finish line of the 400-meter dash in 58.54 to claim the individual title. She crossed .23 quicker than Durant’s freshmen Amira Woods.

In the preliminary round on Friday, Murillo, who is also a stand-out on the basketball floor, finished second behind Woods with a time of 58.59.

Also coming away with a medal was Guthrie junior Cheyene Gaymon with a third-place finish in the 300-meter hurdles.

Gaymon qualified for the final run with the best preliminary time of 47.03. In the finals, she ran faster with a time of 46.85, but behind Bishop McGuinness’ Logan Pierce, a senior, and McAlester’s Jalen Spears.

Be the first to comment on "Murillo wins 400-meter state championship, Gaymon 3rd in hurdles"