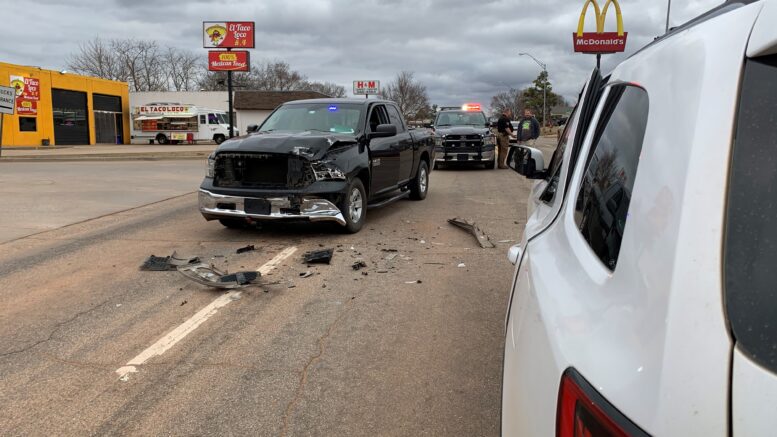 A Logan County deputy and a woman were able to escape any serious injuries following a Monday afternoon crash on Guthrie’s busiest road.

At approximately 4:46 p.m. emergency crews responded to a two-vehicle accident in the 1600 block of S. Division St.

According to a witness, a white SUV was at the south Walmart exit and attempted to make a left turn onto Division St. However, she did not see the oncoming northbound truck.

The truck belonged to a Sheriff deputy, who was unable to avoid crashing into the SUV’s driver side.

Guthrie EMS was dispatched to the scene to check the status of the white SUV driver. She was evaluated at the scene and refused to be transported to the hospital. The deputy did not report any injuries at the scene.

Traffic was delayed in the area, but never completely shut down.

The scene was cleared approximately 30 minutes after the crash.

Be the first to comment on "Deputy, woman escape injuries following crash on Division St."