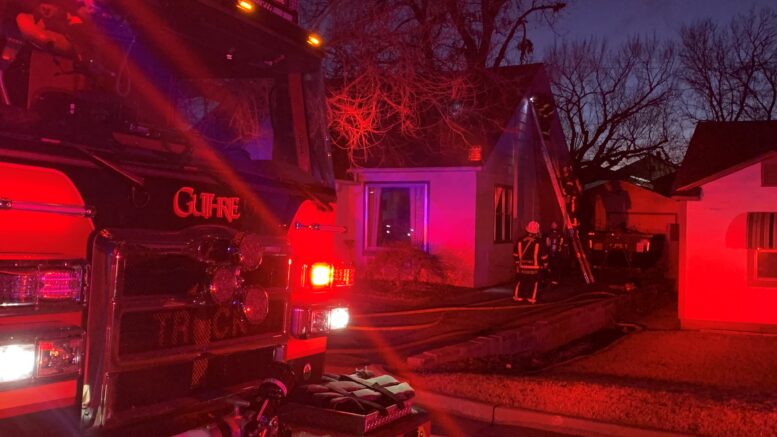 A Monday evening house fire was contained by firefighters with the Guthrie Fire Department before doing major damage. Still, the home suffered some smoke and water damage.

Just before 6 p.m., the fire department responded to the 800 block of N. Broad St. after a homeowner said they could see smoke coming from the attic.

Firefighters were forced to cut a portion of the home’s north side to reach the fire due to no access from inside the home.

The fire crews were able to extinguish the flames after gaining access.

The cause of the fire is believed to have been electrical, but remains under investigation.