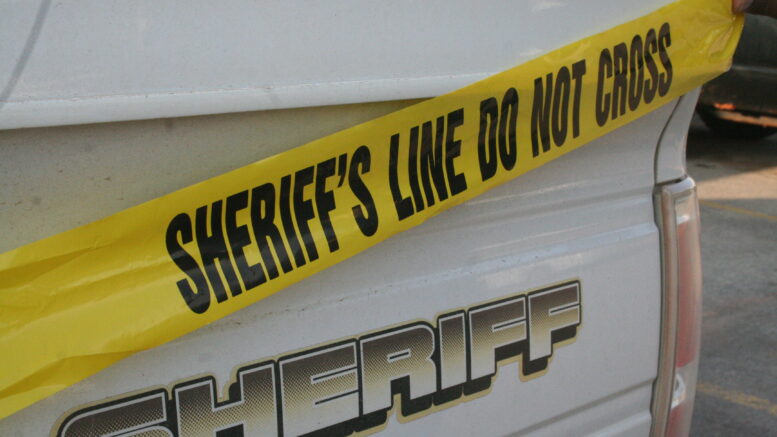 Law enforcement from federal and state agencies are conducting a thorough search of a Logan County property in southern Logan County. An Oklahoma City television station is reporting they may be searching for a missing man.

Guthrie News Page first learned of the search early Wednesday morning with the Logan County Sheriff’s Office working a “special assignment” near Pine Street and Simmons Road. Nearby residents also began to ask questions with the heavy presence of law enforcement before sunrise.

The property continues to be secured with police tape and a county deputy stationed outside the perimeter with 24-hour security.

The search warrant appears to be under seal and not allowing for any details of the case to be known. However, KWTV reports – through their sources – the search may be for a missing man in Oklahoma County.

The news channel says the search is for 43-year-old David Allen Orr, whose disappearance is also still under investigation. In 2021, police asked for help finding Orr, saying he was last seen on January 16th.

Police did not confirm, or deny, the television station’s report.

Witnesses tell Guthrie News Page they have seen the medical examiner and excavators on the property in question. Another witness said several dogs were removed from the property.