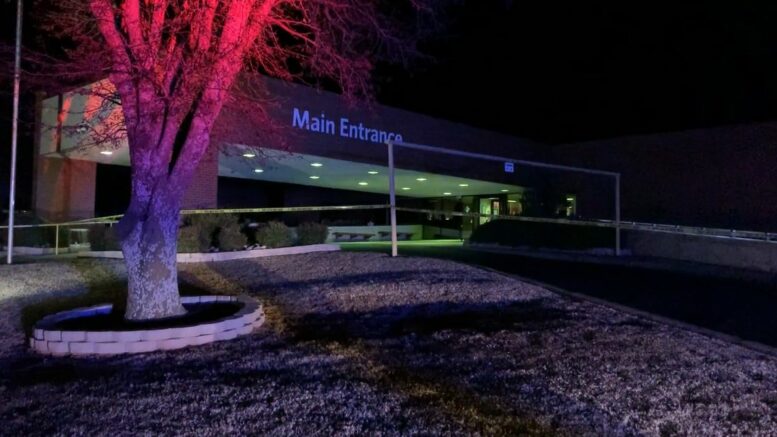 The Guthrie Police Department is investigating their first murder case of the new year after a woman was dumped off at the local hospital.

Emergency crews were dispatched to the front entrance of Mercy Hospital Logan County at 7:21 p.m. for a report of a unconscious woman found near the front doors with multiple stab wounds.

A black female victim was immediately taken into the emergency room in hopes of reviving her as a medical helicopter was en route to take her to a trauma center in Oklahoma City.

However, the woman was pronounced dead a short time later.

Police are searching for the identity of the woman and investigating the case surrounding her death.

Police are interested in locating this green minivan (pictured below) that is missing hubcaps, has a dent on the back, passenger door and the passenger lower rear brake light is out. The van was spotted on surveillance video in front of the hospital.

You’re encouraged to Guthrie Police at 282-3535 if you see this vehicle.

2 Comments on "Female dead after being stabbed, dumped at hospital"