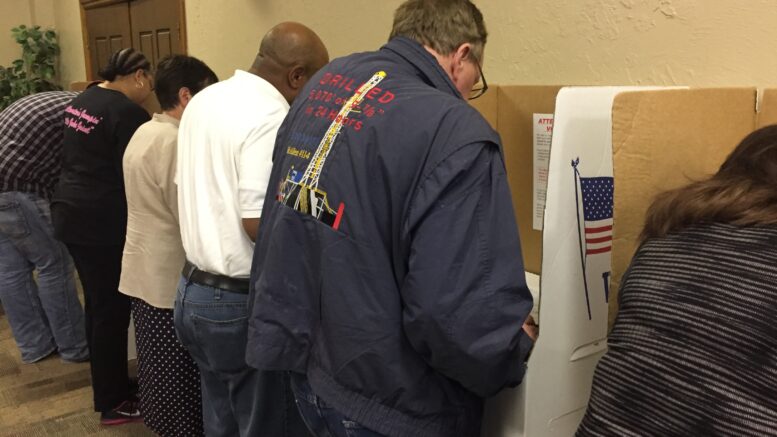 First for the largest school district in the county, the Guthrie school system will see one race, while an incumbent will not be challenged. Terry Pennington, who was elected four years ago in a tight race, did not draw a challenger in Ward 2.

The race for Ward 6 will be decided between Gina Davis and Eddie Lynn.

The Ward 6 seat was vacated on Nov. 14 when Gail Davis resigned her post to avoid nepotism and allow her daughter-in-law to teach at Guthrie Upper Elementary School.

The election will be held on Tuesday, February 14, 2017 to all registered voters within the Guthrie school district.

Four positions up for grabs for city council

The Guthrie city council will see at least one new member on board.

Three candidates filed for the Ward 1 seat, which is currently held by John Wood, who did not seek a third term. Seeking the position will be Jim Case, Stefani Fortney and Price Purvis.

The Ward 1 candidates will go to the Feb. 14 primary election. The top two candidates receiving the highest number of votes will meet in the Municipal General Election on Tuesday, April 4, 2017.

In Ward 2, incumbent Jeff Taylor will seek a second straight term and will be challenged by Darryl Gellenbeck.

In Ward 3, incumbent Gaylord Z Thomas will go for a third straight term and will be challenged by Jason Smedley.

In the mayor’s race, Steven Gentling will seek a second term and will be challenged by Mike Monahan.

Wards 2 and 3, along with the mayor’s race, will be decided in the April 4 election. All registered voters within the city limits will cast votes for their ward and for the mayor’s position.

Be the first to comment on "Filing period ends for city and school boards; 12 citizens file in Guthrie"