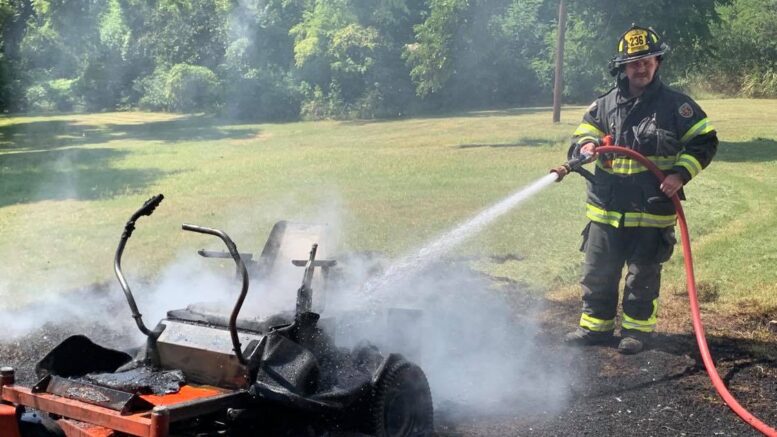 The cloud of smoke over the city on Thursday afternoon appeared to be more than a lawnmower.

The Guthrie Fire Department responded to the 600 block of S. Broad Street at around 1 p.m. for a lawnmower on fire.

Heavy smoke in the air could be seen for several blocks. Dual fuel tanks aided to the size of the fire.

Firefighters needed a few minutes to control the fire, which was near a home.

Fire officials believe the cause of the fire was due to the mower leaking oil.