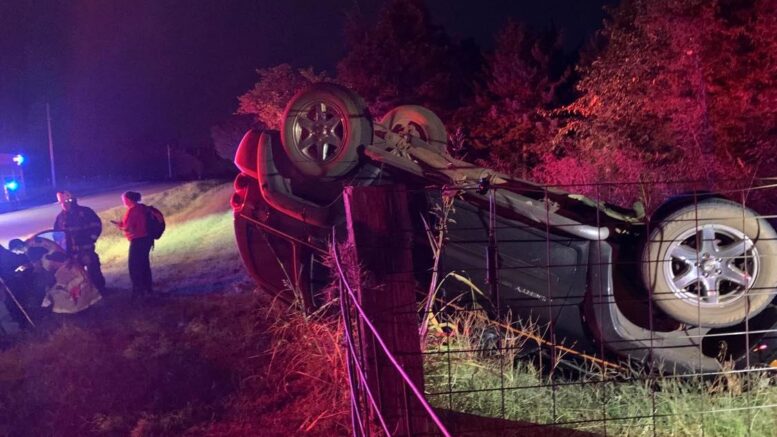 A driver was able to escape major injuries after rolling their vehicle on Thursday evening.

The male driver was driving southbound on Pine St. and somehow lost control of the vehicle, crossed the road and into a privacy fence.

Excessive speed likely played a role in the crash.

The driver was treated at the scene and refused medical transport by Guthrie EMS.