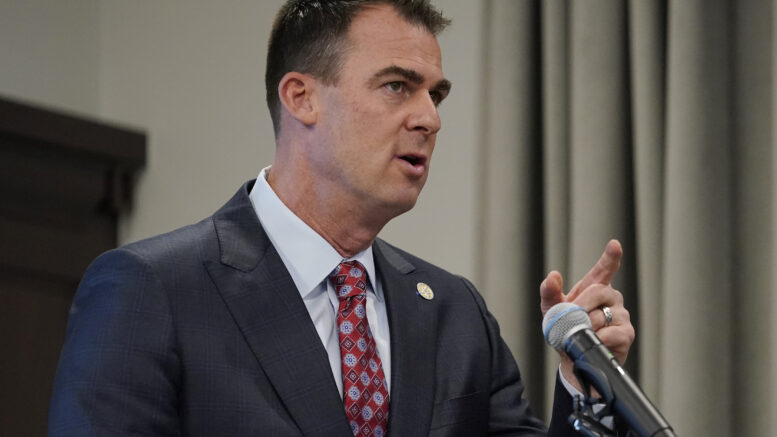 OKLAHOMA CITY – Governor Kevin Stitt announced in a press conference he is calling a special session of the Legislature beginning June 13 to eliminate the state sales tax on groceries and reduce the personal income tax for all Oklahomans.

Despite substantial bipartisan support from the Oklahoma House of Representatives and the Oklahoma State Senate to eliminate or suspend the grocery tax, legislative leaders abandoned efforts to deliver that relief to their constituents during closed-door budget negotiations, instead approving one-time $75 “inflation relief” checks that wouldn’t be delivered until December and a tax reduction on motor vehicle purchases.

On Thursday, Stitt vetoed HB 4473 and HB 4474 to provide the “inflation relief” checks and SB 1075 to reduce the tax on motor vehicle purchases and called on the Legislature to provide real, meaningful tax relief to Oklahomans.

“Families across Oklahoma are suffering from record inflation caused by President Biden’s disastrous policies,” said Gov. Stitt. “Oklahomans are paying skyrocketing prices to feed their families and need relief right now, not a check for a tank of gas that will come in December.”

“Oklahoma is one of just 13 states that taxes groceries, and it most affects the people who can least afford it. Our strong fiscal discipline over the years has given us the ability to eliminate this tax and now is the right time to do it,” Stitt continued.

“I respect the Legislature’s attempt to return money to the taxpayers, but the right policy is to provide a permanent income tax cut. One-time $75 checks will not make a lasting difference for most Oklahomans and could actually increase inflation, not reduce it.”

Since the governor reported he, or his team, was not included in this year’s budget process, he announced he will let the FY23 state budget go into law without his signature, except for a line item veto removing $360,000 earmarked for printing Attorney General opinions as that expense is not required by law.

Stitt also line item vetoed SB 1052, blocking an appropriation to private, out-of-state companies that directly negotiated a pay increase with members of the Legislature rather than the Oklahoma Department of Corrections.

Be the first to comment on "Gov. Stitt calls for Special Session to address inflation relief"