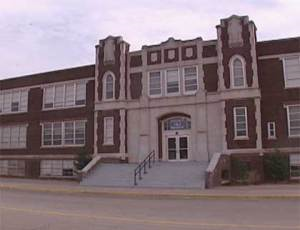 After a two week investigation by the Guthrie Police Department, including interviews with 36 people, a Guthrie school employee has been cleared of any wrongdoing.

On Jan. 6, the police department was notified of an allegation of inappropriate behavior on behalf of an employee of Guthrie Public Schools. School administration was notified the following day and placed the employee on paid administrative leave pending the investigation. Related article: Guthrie Junior High teacher being investigated; on paid leave

“No stone was left unturned,” Sgt. Anthony Gibbs said in an interview with Guthrie News Page about the investigation.

As a result of this investigation, which was assisted by the GPD’s Criminal Investigations Department, no evidence of any criminal misconduct by the school employee was found.

“We are confident that there is no evidence of misconduct,” Gibbs said.

With the allegations made on Jan. 6, rumors began swirling on social media about the same school employee and a similar complaint approximately five years ago. However, following a lengthy investigation during that time period, the accusations proved to be false and six of the seven students recanted their story. The other student was unable to be interviewed.

Gibbs added the allegations from five years ago was the result of the recent “hyper-sensitive” claims coming from two students, including some complaints that were non-criminal.

According to police, evidence in this years investigation proved that the claims “could not have happened” and that the “video was conclusive.”

The findings were released to the school district and the district attorney’s office.

Be the first to comment on "GPD: No inappropriate behavior found by Junior High school employee"