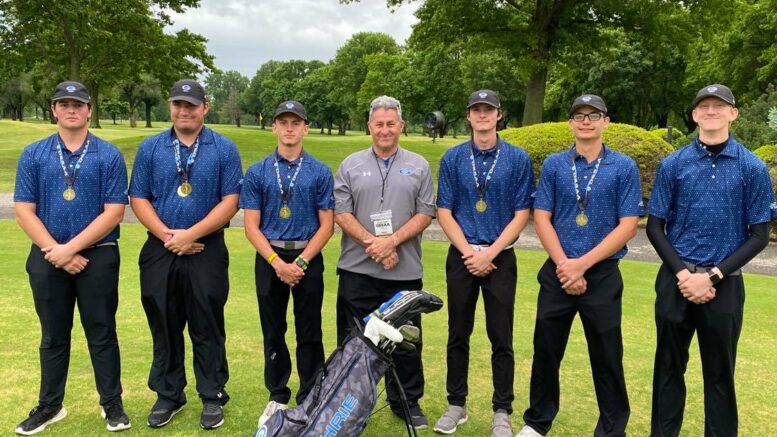 The Guthrie High School golf team place third overall at the 5A State Tournament held in Tulsa. Brady Hirzel helped lead the way for the Bluejays as he earned all-state honors.

The field took on the Meadowbrook Country Club on Monday and Tuesday, but had to endure an almost three hour delay due to rain on the final day.

In the end, Bishop Kelley stopped the two-time defending state champion Bluejays with a low score of 928. Duncan finished second with 957 strokes and was followed up by Guthrie’s 991.

Hirzel finished fifth overall with rounds of 73, 78 and 83 for a final 234 score. The senior finishes his high school career as an all-stater.

Noble’s Parker Payne, a freshmen, was the 5A individual champion with a score of 211.