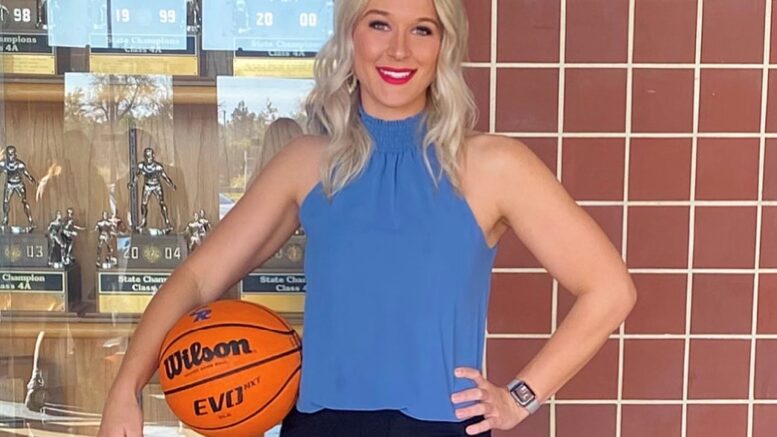 Breck Clark was formally accepted Monday night as she replaces Malcolm Roberts, who recently announced his resignation from the post after three seasons.

“I’m so excited to join Guthrie Public Schools as the new Head Girls Basketball Coach,’ Clark said in a press release by the school district. “Guthrie has a lot of potential to be successful, and I can’t wait to make an impact on the program and the student-athletes.”

Clark, a native of the Shawnee area and a 2013 Dale High School graduate, makes the move after serving as an assistant coach at El Reno High School.

Following high school, she continued her basketball career playing for Northern Oklahoma College – Enid from 2013-15 while also earning an Associates Degree. After Junior College, Clark played for the University of Texas at Arlington Lady Mavericks. While at UTA, she earned a Bachelor’s Degree in Liberal Arts.

“Coach Clark has served as an assistant at a very successful high school program,” Supt. Dr. Mike Simpson said. “Additionally, she has played for outstanding coaches at the high school and college level. I’m excited for what she will bring to our athletic department and our students.”

Prior to starting her coaching career, she served as a personal trainer/fitness advisor for two years.