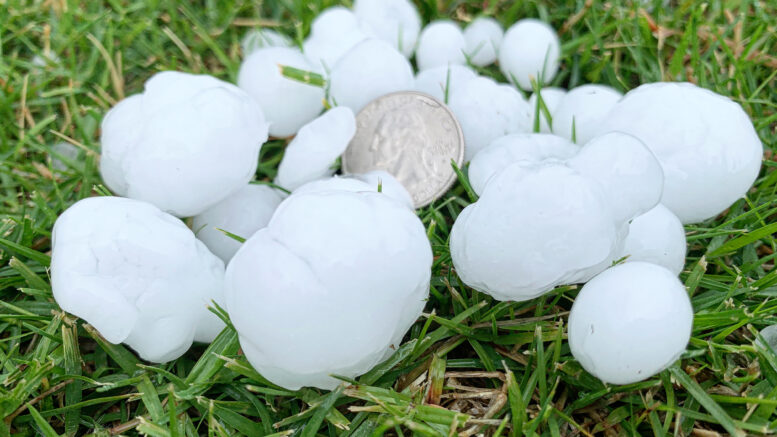 Luckily, it was quick, but a springtime hailstorm pushed through the Guthrie area, including downtown, just before 11:30 Thursday morning.

The downtown area mostly saw nickel to quarter size hail, while other parts of town saw up to ping pong size.

Motorists were seen pulling into covered areas to protect their vehicles during the storm. Unfortunately, some saw dent damage to their vehicle.

Officially, Guthrie has seen 1.61 inches of rain the past 24 hours and 2.17 inches in the past three days. Although, some areas have totaled higher amounts.

The wet pattern is now moving out of the area with much warmer conditions coming, including 90-plus degrees starting on Sunday and into early next week.

Be the first to comment on "Watch: Hailstorm hits Guthrie"