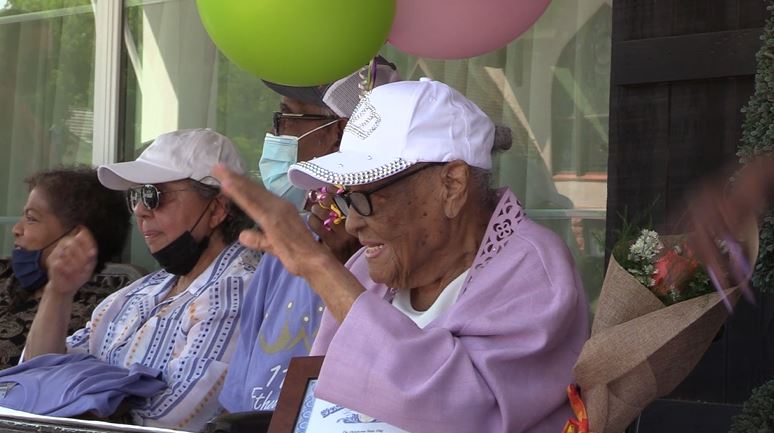 There was a celebration like you never had saw before last August when Guthrie celebrated Ethel Bowens. On Tuesday, Bowens passed away at the age off 112.

Bowens was born Aug. 26, 1909 and became Oklahoma’s oldest woman when she turned 110. She was married for 65 years and had six children and more than 50 grandchildren.

Tracy Roper was one of many who shared their feelings on social media.

“Mrs. Bowens truly lived a long, beautiful life, touched many hearts, and she will be missed.”

Bowens was born in Guthrie just two years after Oklahoma became a state. She was alive when the Titanic sank and lived through both World Wars.

A parade was held in her honor at her last birthday. Related article: Watch: Guthrie honors oldest living resident in Oklahoma

Be the first to comment on "Guthrie native, Oklahoma’s oldest living resident dies at 112 years old"