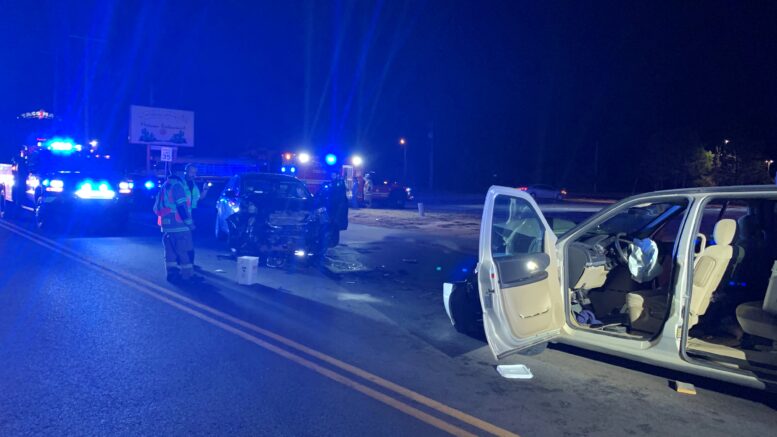 A two-vehicle crash on Christmas Eve has left one person in critical condition.

Just after 8 p.m., Guthrie police and fire responded to the 1400 block of S. Division St. for the wreck.

According to one witness, a black Kia Sportage was seen traveling southbound, but drifted into the northbound lane and struck a Chevrolet Uplander van head on.

Police continue to investigate the crash.

The driver of the van was transported by Guthrie EMS to OU Medical Center in Oklahoma City.

The northbound lanes were blocked off to traffic for 60 minutes.