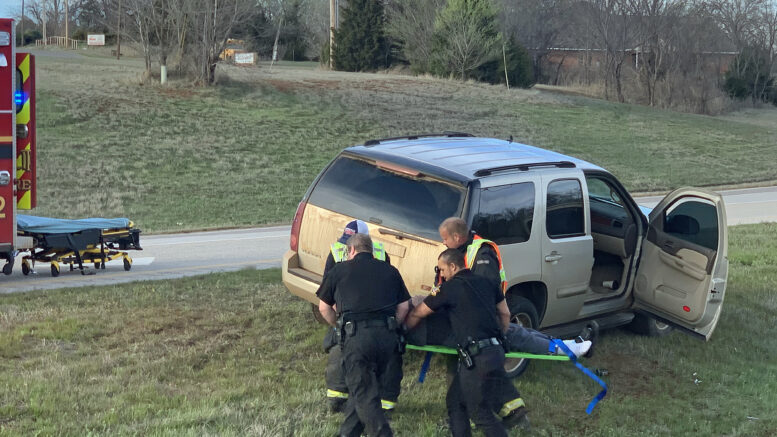 A two-vehicle at one of the most dangerous intersections occurred late Thursday afternoon.

The Logan County Sheriff’s Office and Guthrie EMS responded just outside of Guthrie city limits to Highway 33 at Midwest Boulevard for the crash at 5:45 p.m.

Officials at the scene did not verify how the accident took place and continues to investigate.

A man, who had to be extricated from the his vehicle by medics and deputies, was taken to a Oklahoma City hospital by Guthrie EMS. The female driver of the Ford was treated and released at the scene.