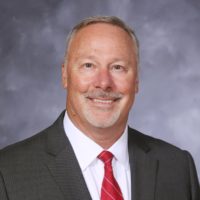 “I am honored to represent our industry and share my experiences as a community banker and civic leader to help ICBA communicate the positive story of community banking,” Anderson said. “Community banks are trusted relationship-based lenders, invested in the success of their customers and the economic prosperity of their community.”

In addition to helping shape and advocate ICBA’s national policy positions and programs, Anderson’s duties include engaging in grassroots activities in Oklahomato promote pro-community bankpolicies and serving as a liaison between community banks and ICBA staff and leadership in Washington, D.C.

“Barry is a dedicated community banker who is highly respected in his community and by his industry peers,” said ICBA Chairman Robert M. Fisher, president and CEO of Tioga State Bank, Spencer, New York. “We are delighted Barry has accepted this appointment and generously volunteered his time and professional talents in pursuit of creating an environment where community banks, and the communities they serve, continue to flourish.”