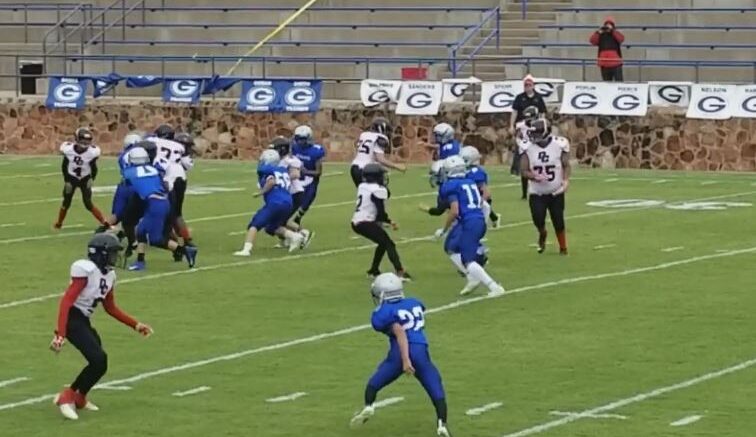 The seventh grade football team made quick work of Del City Thursday night inside Jelsma Stadium by scoring early and often in their 39-0 win. The eighth grade Jays did not fare as well with a 24-6 setback.

Running back Zane Thomas was unstoppable as he piled up three touchdown runs of 29, 35 and 22 yards.

The highlight of the game involved a bizarre play by Jonathan Miles, who was hit behind the line scrimmage for what appeared to be a negative play. However, Miles reversed his direction and with the assistance of a few blocks, he sprinted in for the 18-yard highlight reel score.

Cale McPeek added a second half touchdown run of 5 yards.

The Del City Eagles defensive line were able to get to quarterback Damon Cochram early and often. The consistent pressure kept the Jays offense behind schedule.

The lone score for the Jays came on a 2-yard pass when Cochram spotted Eli Plagg with 22 seconds before the half to make it an 8-6 game.