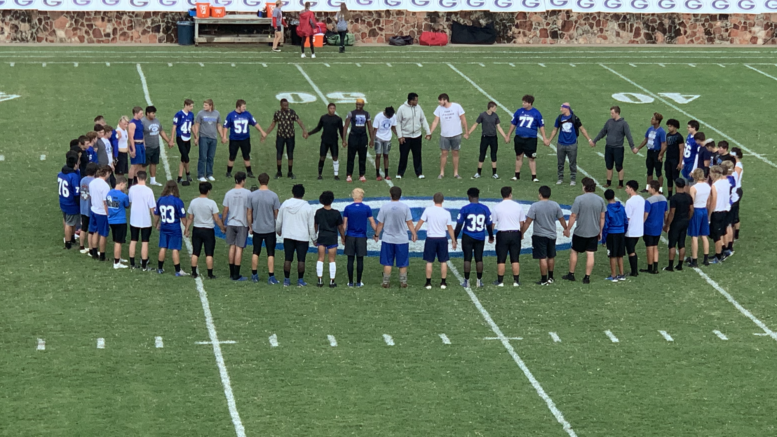 A quick start to the first and third quarters in a 31-6 win over Duncan secured the third straight win for the Guthrie Bluejays.

The Jays scored on their first two possessions and never looked back on the Homecoming win. Guthrie improves to 7-0 under head coach Kelly Beeby in Homecoming games and 18-2 since 2001.

Senior quarterback scored on an 18-yard run on the opening possession to cap off a seven play, 58 yard drive.

Less than three minutes later it was sophomore running back Isiah Hammons catching the corner to score on a 25-yard run.

Not even halfway through the first quarter the Jays led 14-0, which would also be the score at the half.

Rains, who finished with over 200 yards rushing, and Hammons each scored in the second half with Rains scoring from 73 yards out and Hammons from 9 yards, both in the third quarter.

In the first three games of the season, Rains and Hammons have combined to score 11 touchdowns.

Ezok Villalva finished the scoring for the Jays with a 33-yard field goal in his first attempt on the season. The ball hit the left upright and fell through to erupt the Jays sideline with celebration.

Guthrie has won eight of their last nine games against the Demons dating back to 2009.

The Bluejays will enjoy the bye week before hosting Piedmont for a marquee district 5A-2 match-up on Sept. 25.