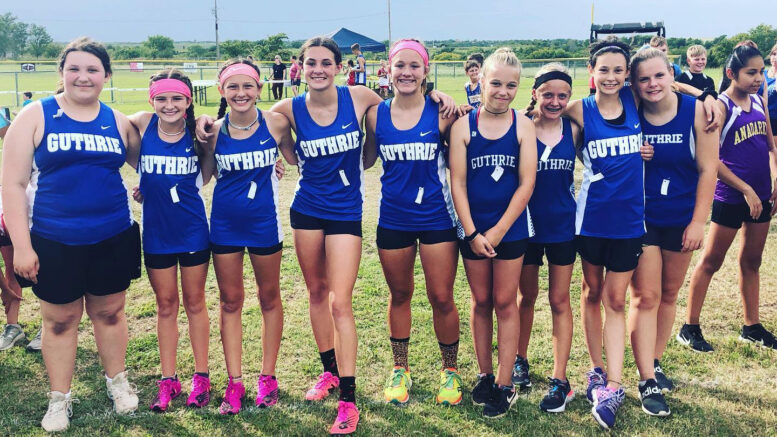 The Guthrie Junior High Cross Country teams competed in Middleberg, which is just outside of Blanchard, on September 8.  The meet had tough competition of over 100 runners from schools such as Moore, Mustang, Noble, Heritage Hall, Middleberg and Chickasha.

The seventh and eighth grade girls finished third as a team.

The girls finished fourth as a team, but still had the top two runners with Taylor Schroder (1st) and Jaydin Alexander (2nd), while Jaedyn Dolan finished 17th.  Earning team points were Lindy Huddleston and Lety Henderson.