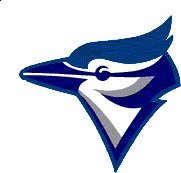 For the second time this season in just three meets, senior Mason Barney won his second meet with the latest coming in Kingfisher to help lead the Jays to a second team victory.

The boys and girls cross country teams competed at the run at Kingfisher’s Briscoe Park on Sept. 5.

The Bluejays scored a team low 31 points to finish 39 points away from the second place in the OKC Knights.

Along with Barney, the Jays had three other runners finish in the top 10, five in the top 13 and all seven runners in the top 20.

Barney, who won the Shawnee Invitational, ran an 18:22 to finish 15 seconds ahead of Kingfisher’s Jayden Newkirk to claim the individual win.

The Kingfisher girls won their own race with 44 points, while Guthrie finished fourth with 108 points.

Kaitlyn Leaty was the lone Guthrie runner to finish in the top 20 with a 19th place finish.

Both Guthrie teams are slated to run in the Choctaw Invitational on Friday.

Be the first to comment on "Bluejays, Mason Barney wins Kingfisher meet"