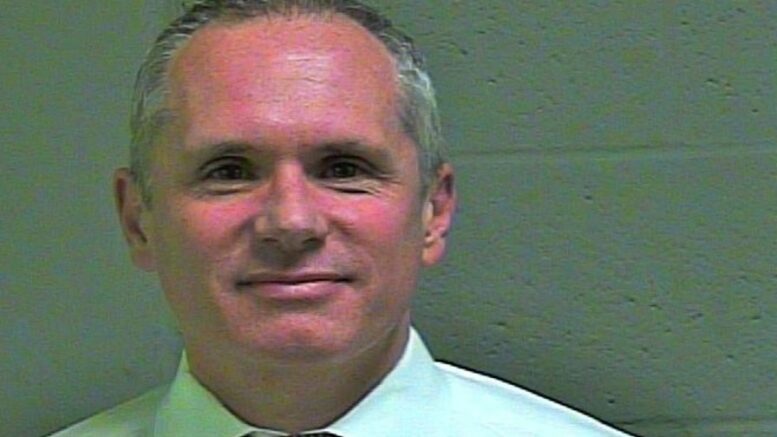 The first assistant district attorney for Logan and Payne County has been charged with a felony in Oklahoma County. The attorney is accused of stealing vehicle jack stands worth $30 from his ex-wife’s home.

Kevin Dale Etherington, 47, of Stillwater, was charged last week in Oklahoma County with larceny from a house. He posted a $2,000 bond and pleaded not guilty on Thursday morning.

In a statement from Etherington, “This charge was the result of me reclaiming property that was rightfully my own. This is a property dispute that has arisen from a divorce and should have been handled as such. Once the truth comes out it will be obvious that a civil issue was transformed into a felony charge.”

According to court documents, prosecutors allege Etherington took the pair of jacks on Jan. 4 from his ex-wife’s Edmond home after entering without permission after dropping off their 9-year-old daughter.

Etherington said he took the jack stands and offered to bring them back.

The Etherington’s divorce was finalized in July 2016.

Etherington will continue to prosecute cases

“I am aware criminal charges have been filed against my First Assistant District Attorney, Kevin Etherington, by Oklahoma County District Attorney David Prater,” Laura Austin Thomas said in a statement. “This appears to stem from a post-divorce property dispute wherein his former wife is both the complaining witness and a current attorney for Prater’s office.”

“Mr. Etherington is a former employee of Prater’s office. Mr. Etherington will continue to serve the citizens of our counties as this charge makes its way through the criminal justice system, and I will monitor its progress.”