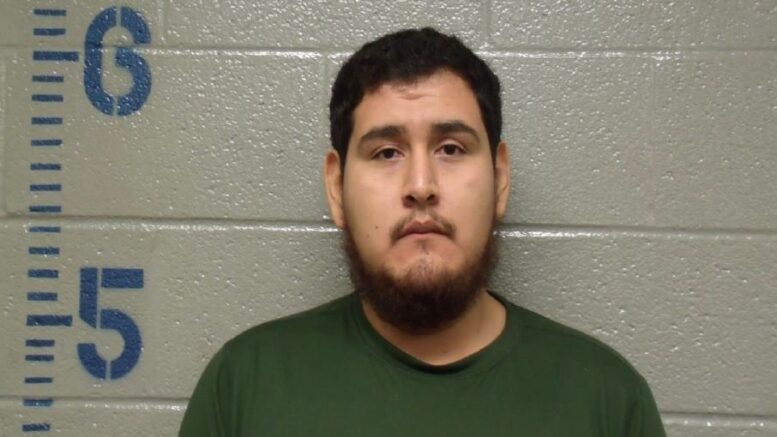 Jairo Gomez, 25, is in the Logan County Jail and is facing two felony charges, including suspicion of possession of child pornography and violation of the Oklahoma Computer Crimes Act.

The investigation originated earlier this year when a social media platform reported to the National Center for Missing and Exploited Children (NCMEC) that a user had uploaded pictures of suspected child pornography. NCMEC forwarded the information to the OSBI ICAC unit after the user’s phone was tracked to Oklahoma.

The OSBI opened a case and began investigating.

On Wednesday, a search warrant was served on Gomez’s residence in the 13000 block of Tumbleweed in southeast portion of the county. Gomez was taken into custody without incident and booked into the Logan County Jail.

If you suspect a child is being sexually exploited, contact the National Center for Missing and Exploited Children at 1-800-THE-LOST or www.cybertipline.com.