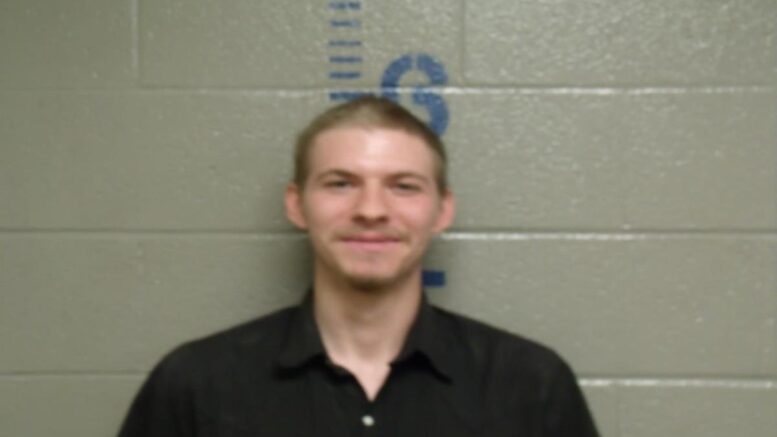 David Baker was booked into the Logan County Jail on Sept. 14, 2021. He has been charged with four crimes, including rape.

A man is being accused of raping a woman. He was charged with four crimes and sits in the county jail awaiting a $250,000 bond.

Police officers with Langston University arrested 21-year-old David Taylor Baker, of Garland Texas, after a woman was found screaming and running from a male on Sept. 14.

The victim told officers she had never met Baker until he had arrived to her residence, but admitted to having an online relationship with the suspect.

The female stated Baker began to strangle her in a bedroom because she was trying to scream for help. The victim stated while she was being raped, Baker told her not to scream or her roommate would die, according to a court document.

The woman told officers Baker later held a gun to her head and slapped her on the face because she was not getting dressed fast enough.

As Baker and the victim were leaving the residence, the victim was able to get the attention of her roommate and let her know she needed help by mouthing “help me.”

When they attempted to leave in a vehicle, the car was unable to move and the victim was able to run away from Baker, according to a police report.

Baker, who is not a student at the university, reportedly told officers that he “slapped the **** out of her” after the woman pushed him away after trying to cuddle with her. Baker was asked if he had choked the woman and he supposedly told officers “yes.”

He went on to tell officers he had plan to take the female to a male’s house who he believe she had cheated with and was going to “beat his *** in front of her,” according to the police report.

After a search of Baker’s vehicle, a black BB pistol was located in the driver’s front door panel.

Be the first to comment on "Man accused of rape; reportedly admits to assaulting female"