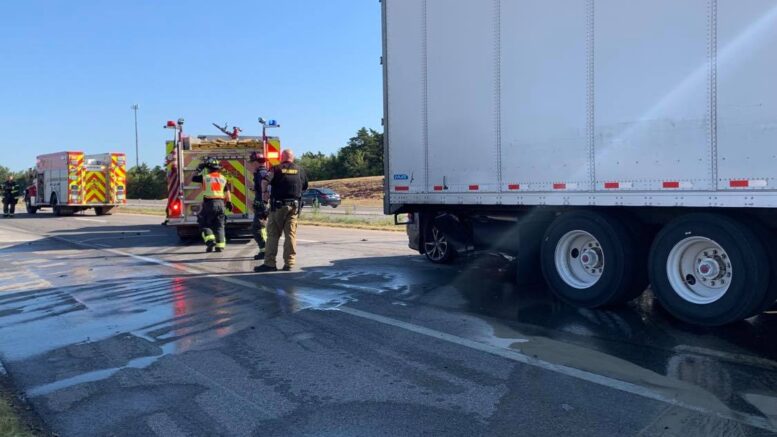 A 24-year-old male died last week when for unknown reasons crashed into the back of a semi-truck in Logan County.

According to the Oklahoma Highway Patrol, Harry B. Hueston, of Kernersville, NC, was pronounced deceased at the scene by the Guthrie Fire Department on September 17.

Troopers report the victim’s 2010 Honda Civic struck the rear of a 2015 Freightliner. Both were southbound on I-35.

The collision caused the Honda’s engine area to catch fire.

Troopers said further details are under investigation, including the cause of the collision.