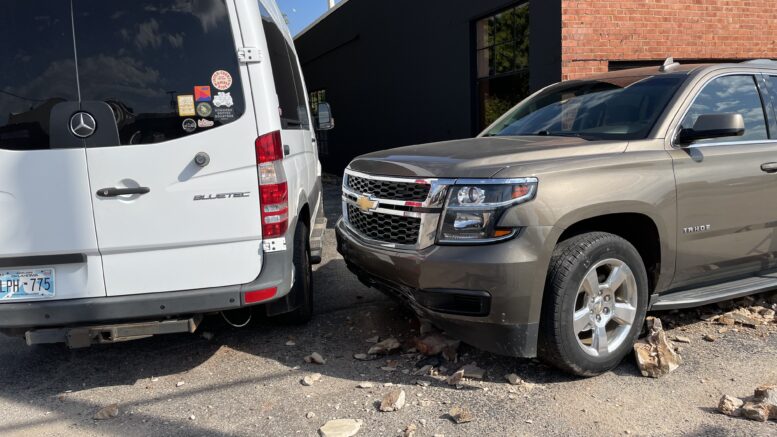 A motorist suffered a medical event behind the wheel while driving on S. Division St. on Thursday afternoon. Sadly, the person did not survive.

Emergency crews responded to the 200 block of S. Division St. after 3 p.m. for a Chevrolet Tahoe that had crashed into a van.

According to witnesses, the vehicle was northbound on Division St. and suddenly veered to the right — just missing a local business — and into a retaining wall and a parked van.

The impact with the van stopped the Tahoe from traveling any further.

The driver was transported by Guthrie EMS to a Oklahoma City hospital, but was later pronouced dead.

There were no other reported injuries at the scene.

Be the first to comment on "Medical event results in crash along S. Division St."