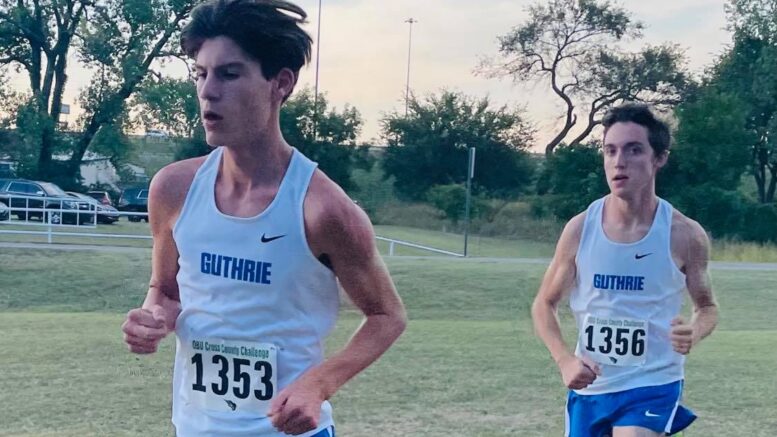 It was just a matter of time before sophomore Mason Mayer claimed his first high school win for the Guthrie High School cross country team. That day came last week in Shawnee.

The Bluejays and Lady Jays competed in the Oklahoma Baptist University XC Challenge on Oct. 7 in Shawnee.

In a field 205 participants and 14 teams made up of Class 6A and 5A runners, Mayer crossed the finish line first with a time of 16:49 in the 5K run. Duncan’s senior Kaceson Lolar was next to cross just two seconds later.

The top five finishers for Guthrie allowed them to finish second overall as a team with 75 points. Sapulpa took the team title with 71 points.

The Lady Jays had a great showing by placing four runners in the top 21 of the 5k run. Over 135 runners took part in the OBU run.

Leading the way for Guthrie was Kamryn Boller with an 11th place finish in a time of 21:55.

The Lady Jays, who have several underclassmen, finished third in the team standings with 89 points behind Moore (27 points) and Santa Fe South (81 points).

Both teams will run at the Suburban Conference meet before finishing the season with regionals and state.