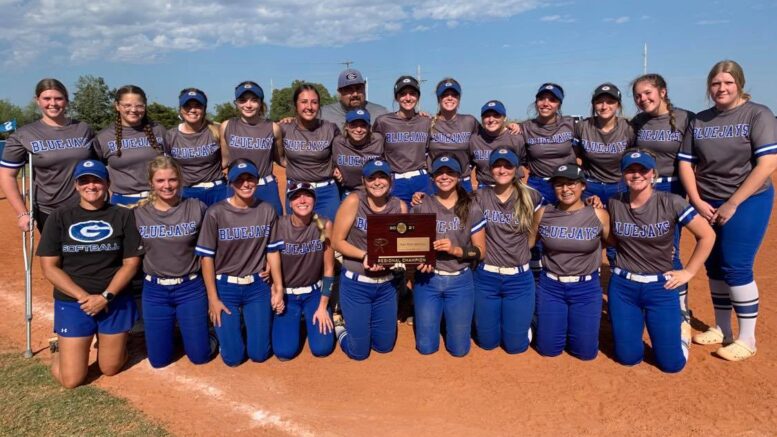 The Guthrie Lady Jays are back in the state tournament after breezing through their own regional last week. They will be tested in the first round when they take on the defending state champions.

The Lady Jays won their three regional games by a combined score of 26-2 with two shut-outs. Guthrie took down Southeast (10-0) and Lawton Eisenhower twice (10-2, 6-0) to stamp their name in the biggest tournament of the season.

The two winners will play on Friday at 11 a.m.

The championship game is set for Saturday at 2:30 p.m.

All games will be played at Energy Field inside USA Hall of Fame Stadium in Oklahoma City.

Against the field, Guthrie is 2-2 with two wins coming against El Reno and two losses to Piedmont. The Lady Jays lost both games to Piedmont by final scores of 4-3.