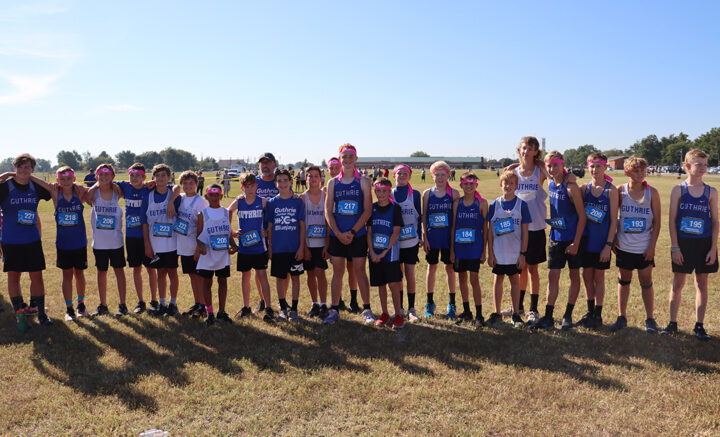 Guthrie Junior High Boys’ Cross Country team continued their win streak on Friday at the Lexington Meet. The boys won by 54 points over host, Lexington with 105 runners participating in the 3200-meter race. The JH Jays had eight runners medal in the Top 25.

The girls’ team finished strong in third place behind Oklahoma Christian and Wynnewood, only 15 points separated the top three teams. The girls had 99 runners competing in the 2400-meter race.

The teams will finish out their regular season on Tuesday at the Carl Albert Suburban Conference race. The boys race at 5:50 p.m. and the girls follow at 6:10 p.m.