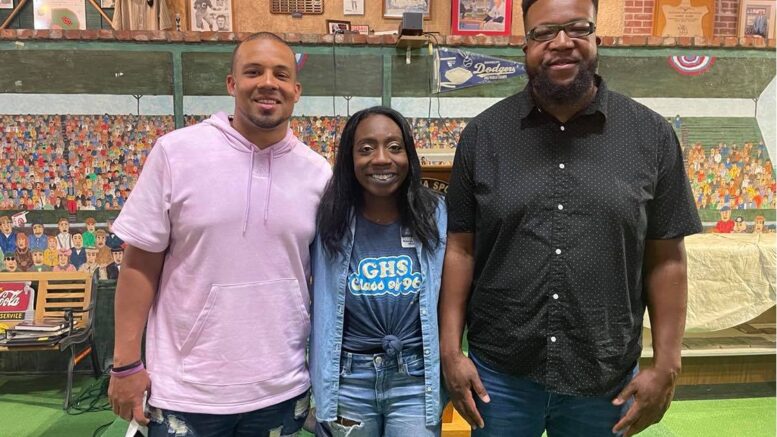 The three new members were introduced at the Alumni Assembly, Hall of Fame reception and at halftime of the Guthrie Football game.

After graduation, Washington was a four-year starter for the Oklahoma State Cowboys. He earned All-American honors in 2005, second team All-Big XII in 2008, was named the Oklahoma State Most Valuable Lineman and played in four bowl games with the Cowboys (Alamo Bowl, Independence Bowl, Insight Bowl and Holiday Bowl).

Out of college, Washington signed a free agent deal with the Seattle Seahawks.

While in high school, Keaton was a member of the National Honor Society and student council.

In athletics, he was a three-year varsity winner in football and basketball. He was a crucial part of the 2007 state championship football team and the back-to-back championship (2008 and 2009) basketball teams.

In football, Keaton holds the single season touchdown record of 31 and was a 2009 Oil Bowl selectee.

During the championship basketball runs, he was named to both of the All-Tournament teams.

Upon graduation, Keaton attended and earned his degree from Fort Hayes University. He was a three-year starter as a wide receiver and earned All-Conference accolades. He currently ranks 10th in all-time receiving touchdowns.