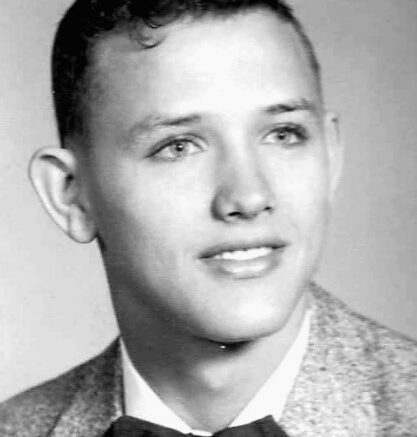 Joe was born May 7, 1940 to Joddie Robert Woody and Mildred (Jones) Woody in Duncan, Oklahoma.  He passed away on December 21, 2020 in Guthrie, Oklahoma after a 16-day battle with COVID-19.  Joe graduated from Oklahoma State University with a Bachelor’s degree in Education and later studied Economics.  He received a scholarship to wrestle at OSU and went on to coach his entire teaching career.  Joe coached the Duncan Demons, Ardmore Tigers, Guthrie Blue Jays, Calumet Chieftains and Alchesay High School Falcons (on the Fort Apache Indian Reservation in AZ).  He taught history and coached wrestling for 17 years, at which time he began working in the family oil field business.

Joe was one of a kind in every way.  Growing up, he always included his siblings in his activities, whether it was swinging from a tall tree, water-skiing, building a go-cart for his brother, or fishing. He was proud of his daughters and loved seeing his grandchildren, who filled him with pride and joy. He participated in hobbies that pushed the limits, such as riding bulls, jumping motorcycles, and racing street stock cars. He also loved science and reading, and was rarely seen without a book or magazine in hand.  He was often the center of attention, providing laughter and entertainment.

During his time at the nursing home, Joe felt it was his duty to come up with ways to keep the staff busy. He was known to say, “I didn’t want you to get bored” or “Thought you needed something to do”.  He was creative, mischievous, and loved to tell stories.   Dad, you will forever be in our hearts, in our memories, and in our laughter.

The family would like to thank the staff at Golden Age Nursing Home and Mercy-Logan Hospital for their diligence and tenderness in caring for our loved one (father/brother/cousin…).

Memorial services and location will be announced at a future date.

Be the first to comment on "Obituary: Joddie William Woody"