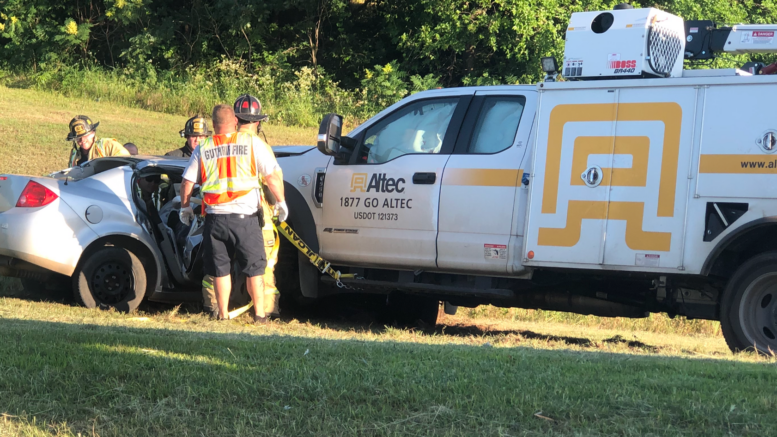 One person has died following a two vehicle accident at a dangerous intersection inside the Guthrie city limits.

Just before 7 p.m. on Friday, Guthrie police and fire crews rushed to State Highway 33 and Academy Road for an accident with injuries.

Firefighters were forced to cut the vehicle to reach a female victim inside.

The highway was shut down for several minutes as a medical helicopter landed on the roadway. The victim was transported to a Oklahoma City hospital, but died a short time later.

One person was transported by Guthrie EMS to Integris Baptist Medical Center and another by a personal vehicle.

According to witnesses, the teenage victim, from Crescent, was the front passenger in the vehicle that attempted to pull into the convenience store at the intersection, but was struck by an oncoming truck traveling eastbound.

Guthrie Police continue to investigate the crash and have not released any details on the incident, including the identity of the victim.