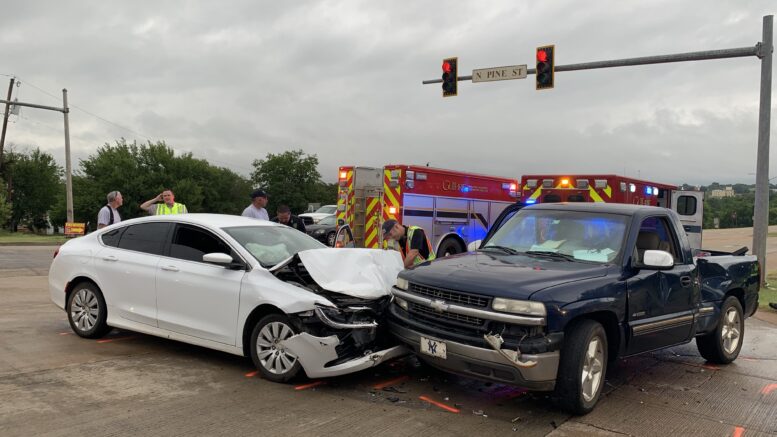 A three vehicle accident occurred Tuesday morning in the middle of the intersection of Pine St. and Noble Ave.

A Guthrie police officer drove up on the accident around 7:45 a.m. and immediately called for Guthrie EMS.

The truck was reportedly was attempting to turn southbound onto Pine St. from Noble Ave. when it was impacted by the car.

The crash impacted a third vehicle, a City of Guthrie pickup truck, which was stopped at a traffic light on Pine St.

All three drivers were treated and released at the scene.

Traffic was shut down for a short period of time, while crews worked the accident.