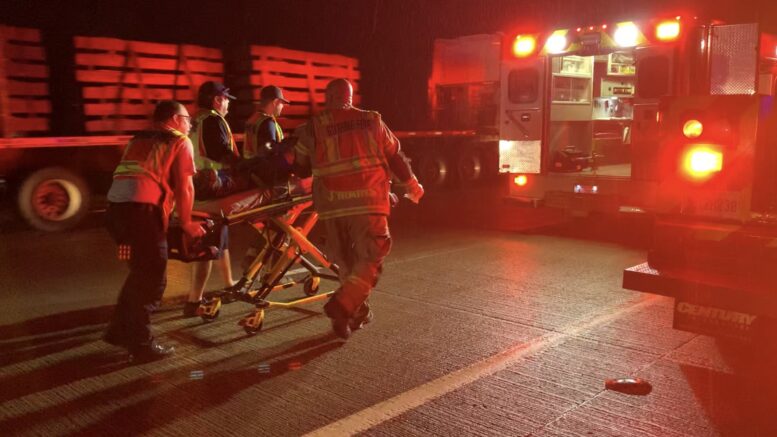 A man was rushed to a Oklahoma City hospital after he was hit by a vehicle on Interstate 35 early Tuesday morning. The vehicle fled the scene.

Logan County deputies were informed of a man standing in the highway at 5:54 a.m. near the south Guthrie on ramp. Just two minutes later, a 911 call was made stating the man had been hit by a vehicle.

Emergency crews arrived to the end of the southbound ramp and found the man lying in the outside lane.

The pedestrian appears to have been struck in the arm by one of the vehicle’s mirrors. A mirror was located within feet from the man.

The Oklahoma Highway Patrol is investigating the case. At this point, an official report has not been released by troopers.

Deputies attempted to locate a vehicle, but were unsuccessful.

The man was taken to OU Medical Center by Guthrie EMS with internal and external injuries.

Be the first to comment on "Pedestrian hit on I-35"