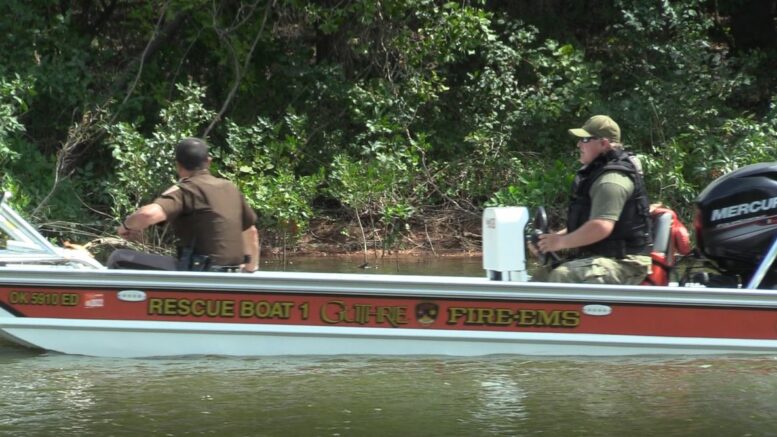 Despite searching by land, water and air, an armed robbery suspect remains outstanding on Sunday afternoon. A man is wanted after robbing a dollar store clerk at gun point and stealing her vehicle.

Officers were later tipped of a man seen on a dock near Guthrie Lake not wearing any shoes and in blue shorts only.

A perimeter was established around the lake. However, Lewis was unable to be located after nearly four hours of searching.

Investigators said the 30-year-old Lewis and 23-year old Alexis Nugent, who was arrested on Saturday night, began their crime spree in Northern Texas with a pursuit, then stole a vehicle and made their way to Oklahoma.

Once the pair made their way to Ardmore they stole another vehicle and drove up to Deer Creek where they committed an armed robbery.