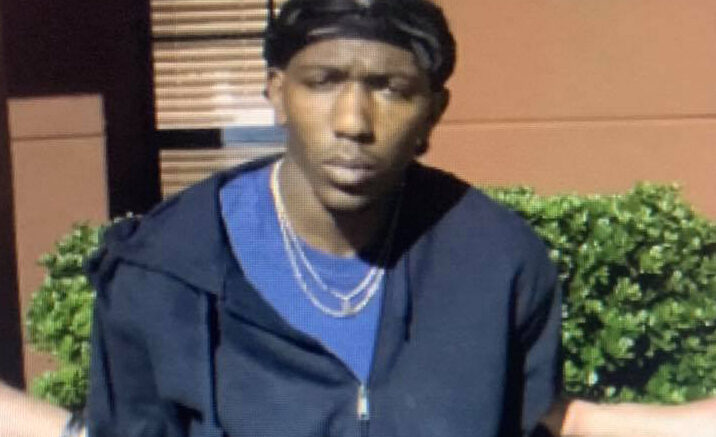 The man believed to have robbed a Guthrie dispensary earlier this month was taken into custody, along with another person, after a string of robberies throughout the state.

Oklahoma City police arrested Marvin Crosby, 18, and Dametrius Turner, 19. The two Kansas men are believed to have gone on a string of medical marijuana dispensary robberies, including the robbery on S. Division St.

A probable cause affidavit said Crosby (pictured above) and two others attempted to rob a Oklahoma City medical marijuana dispensary on April 20. Police said the group disarmed the business’ security guard and held him at gunpoint as they entered the store. A staff member fired towards the suspects, who then returned fire and left, police said.

Doobies, located at 1409 S. Division St., saw several hundreds of dollars of merchandise stolen on May 5. The store’s manager fired off a round at the suspect as he left the business. The bullet missed the suspect and struck a wall. Related article: Suspect shot at inside dispensary; gets away with marijuana

According to Oklahoma City police, a dispensary in Perry was also robbed on May 5.

Prior to that on May 3, Green Day, a dispensary on N. Penn. Ave., was robbed after someone climbed through the drive-thru window claiming to have a gun. The clerk told police the robber ordered him to the ground and took more than $10,000 worth of product.

The suspect, believed to be Crosby, was described as wearing a black or blue zip-up hoodie and black athletic pants with a white stripe down each side. The same matching description from the Guthrie robbery.

On May 6, Crosby allegedly entered another Oklahoma City dispensary looking for a lost credit card. However, this time, an employee recognized him.

The two men were taken into custody after Crosby reportedly ran from officers and jumped into a car driven by Turner, who drove above 100 mph.

Guthrie police believe Crosby was able to escape in a similar situation with a nearby vehicle.