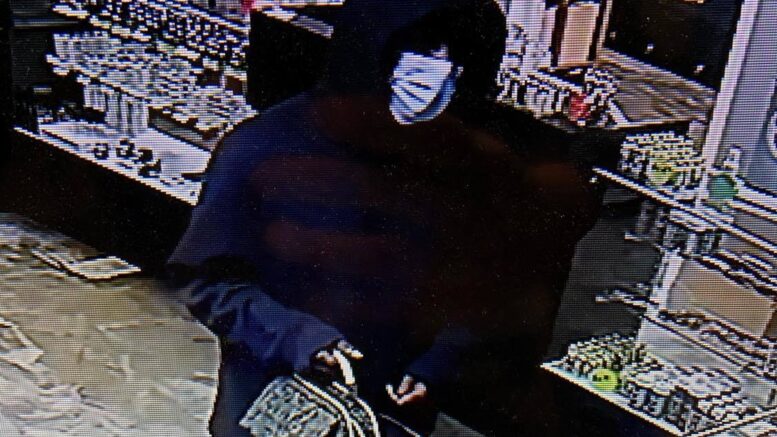 A Guthrie dispensary was robbed Wednesday evening as the suspect avoided gun fire while he fled the medical marijuana business.

A black male entered the business and immediately drew suspicion from the store manager becuase the suspect was wearing a hooded sweatshirt, sunglasses, COVID mask and hiding his hands.

The suspect asked to look at a backpack and soon after demanded the clerk to put the drugs in the bag. After the clerk denied the demand, the man jumped the counter, reportedly attempted to hit the clerk and began filling the bag up with merchandise.

As the suspect attempted to flee the business through the front door, the clerk reached for a firearm and fired off a gun shot at the suspect. The shot missed the individual and struck the door glass.

The man was seen running east toward Division St. before running north.

Police were unable to locate the man, who may escaped in a nearby vehicle.

The man made off with an estimated $500 of drugs and merchandise.

Police have not been able to identify the suspect, but continue with their investigation.

If you have any information on this case you are asked to contact the Guthrie Police Department at 405-282-3535.

Be the first to comment on "Suspect shot at inside dispensary; gets away with marijuana"